Every year in Saratoga Springs, New York, the community holds a Chowderfest. It’s an exciting time of year when locals brave the cold weather of New York’s winters to taste homemade chowders. While working for Roohan Realty I wrote this recap article for the 2017 festivities. Unfortunately, I didn’t get to try any chowder.

Winners & photos from one of Saratoga’s most popular events

What’s better than a cup of hot chowder on a cold winter day? How about more than 80 vendors dishing out their best chowder for you to taste and judge?

If you were one of the thousands that went chowdering last Saturday, then you know what a massive turnout the event drew. For the 19th year we enjoyed a crazy successful Chowderfest 2017, courtesy of the Saratoga Convention & Tourism Bureau (special thanks to Connie Crudo!) and all of this year’s participating restaurants and businesses in and around downtown Saratoga Springs.

In case you missed it, here is the complete list of 2017’s winners:

Once again, we teamed up with Augie’s Family Style Restaurant to serve steaming bowls of Augie’s chowder recipe to hundreds of hungry customers outside our office on Broadway. To add to the pure bliss of chowder tasting, (and help people pass the time in line) we continued our tradition of providing a fun photo op with an ice sculpture custom made for us by The Ice Man. 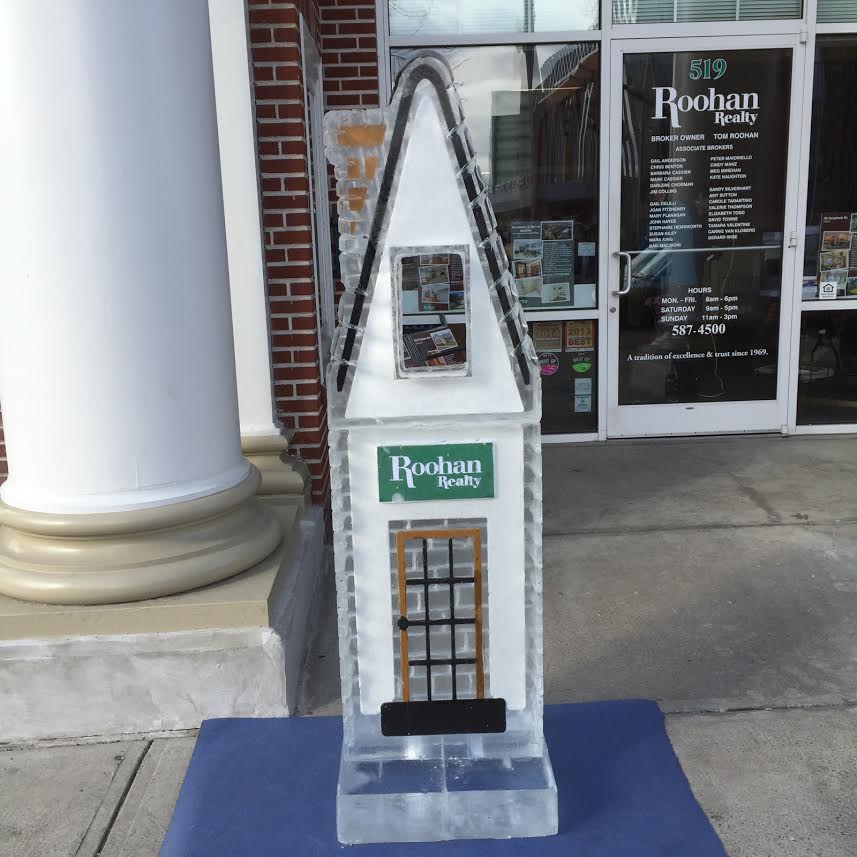 If you were looking for the perfect place to snap your Chowderfest 2017 Instagram photo, this interactive sculpture was the place to do it, as you can see: 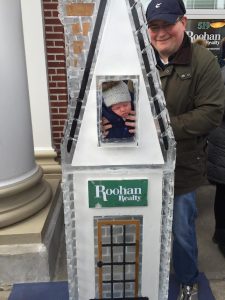 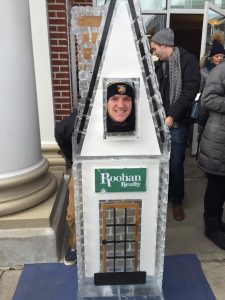 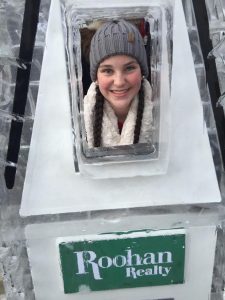 Unlike last year, it’s been cold enough that the sculpture is still in tact out front, so feel free to stop by to take a selfie and ask the agent on duty any real estate questions you may have (should I sell? what’s my home worth? what do I need to know about STAR? what’s for sale in my price range right now?…)

That’s our recap of this year! If you want to see how we’ve celebrated Chowderfest in the past, check out these photos from 2015, and this awesome time-lapse video from 2016. We already can’t wait until Chowderfest 2018!

Craving chowder now? You can see the published article here.

Searching is in progress

I’m a BYU student studying public relations with a business management minor. This is my portfolio of work. You can navigate by searching for key words or clicking on the categories listed above. Thanks for coming!